Designed by a Legend, Played by the Legends of Golf

In 1899 Scottish golfer and club maker Donald Ross crossed the Atlantic with dreams of designing courses in his newly adopted home country. Donald Ross quickly became one of the foremost designers in golf’s golden age. He provided the vision for more than 400 courses, including the renowned Pinehurst No. 2 in North Carolina, site of the 1995, 2005, and 2014 Men’s and Women’s U.S. Opens.

Among his greatest accomplishments is our very own Broadmoor Country Club. Broadmoor is set on 200 rolling acres, and is designed with features Donald Ross is known for; dotted with smooth greens, challenging grass bunkers and strategic sand hazards. Broadmoor was the host of the Champion’s Tour from 1988 through 1993, and welcomed some of the sport’s legends, including Gary Player, Arnold Palmer, Raymond Floyd and Lee Trevino. Unlike many Ross-designed courses, Broadmoor’s unique architecture has been expertly preserved to maintain its artistic integrity while providing a fun and challenging backdrop for the most selective golfer. 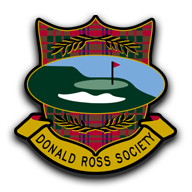